The Bolivian Cerro Rico de Potosí is the setting for the story of three women who have conquered the Spanish Film Academy. Raul de la Fuente raised the Goya Award 2013 this short documentary shown in so hard and gritty how these guards inside the mine struggle to survive in a man's world.

The film serves as a catalyst for new reality show topics and uncomfortable issues. Long live the invisible movie, the most human film.

For the adventurous who want to visit the Cerro Rico

Although it is a pretty cool area, hostile and arid, over 5.000 meters high from the sea, Many travelers found a unique place to visit. Course, is not advisable to perform the self check. There are organized tours and it is best to do so in touch with agencies that have agreements with mining cooperatives that extract minerals such as zinc and lead fairly primitive form.

The visit to the mines shows the stark reality of the miners, who work very hard in extreme conditions, often suffering serious or fatal accidents, to extract the mineral to be moved cheaply. It would not hurt if the traveler can get interested in one of these mines, This take some miners. 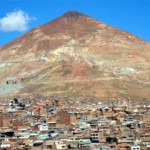 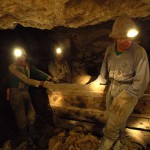 3.Enter a mine in Potosi.- This city, considered the largest production of silver and one of the largest cities during the colonial era, was also declared a "Natural and Cultural Heritage” by the United Nations Educational, Science and Culture (Unesco). After visiting the main attractions and museums in this city museum should include a visit to a mine. You will live an unequaled experience. If you venture far into the mine you will see the "uncle". -mccvelorution.wordpress.com- 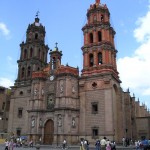 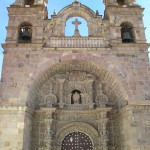