Luces, cámara, ¡acción! La localización perfecta para superproducciones internacionales, paisajes para soñar y viajar.By its light, for its contrasts, by having in a plane of the large Illimani, a huge salt desert or blue sky, Bolivia has managed also to seduce the seventh art and repeatedly, It has served as a location for various international films. Highlights in Bolivianing, some of the blockbusters filmed here.

To get to know Bolivia, Visa and American Who Killed the White Llama?

Juan Carlos Vladivia directs the adventures of Mario for travel to the United States, we serve as a thread of breath and know the Bolivia of 2005.

The humor and the most disparate situations you will meet the Bolivian idiosyncrasies one of the highest grossing films patrias.

What the movie of Mateo Gil reach an agreement in Goya best cinematography and best art direction and production do more justice to the beauty of the images, partly be achieved in La Paz and Yungas Road, but also in Potosi and Uyuni.

Some producers in Bolivia are making a film about Columbus, but 500 years after the discovery of America, sticks and stones again face the steel and powder of a modern army, not fight for gold, but the most essential of the vital elements: Water (April year 2000).

In the footsteps of Che

It took seven years to complete your project Steven Soderbergh, a complex film, starring Benicio, the bull immortalizing the Argentine revolutionary Ernesto Che Guevara and led him to shoot not only in Bolivia, but also Mexico, United States or Spain. We also found Motorcycle Diaries, in which Being the “That” Guevara (Gael Garcia Bernal) medical student, toured South America, with his friend Alberto Granado (Rodrigo de la Serna), en destartalada a motorcycle. Regrettably, none of the sequences filmed in Bolivia.

007, Quantum of Solace: license to deceive

Cinematograph sagas probably few have had as many scenarios as the legendary James Bond and despite referred to the visit of Daniel Craig travels to Bolivia, localicaciones actually made in Panama.

Other scenarios are invented film Cochabamba Brian de Palma, Scarface, which he was shot in Florida. 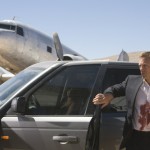 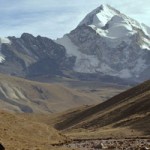 This is our selection, but you can include your movie. Includes your comment!